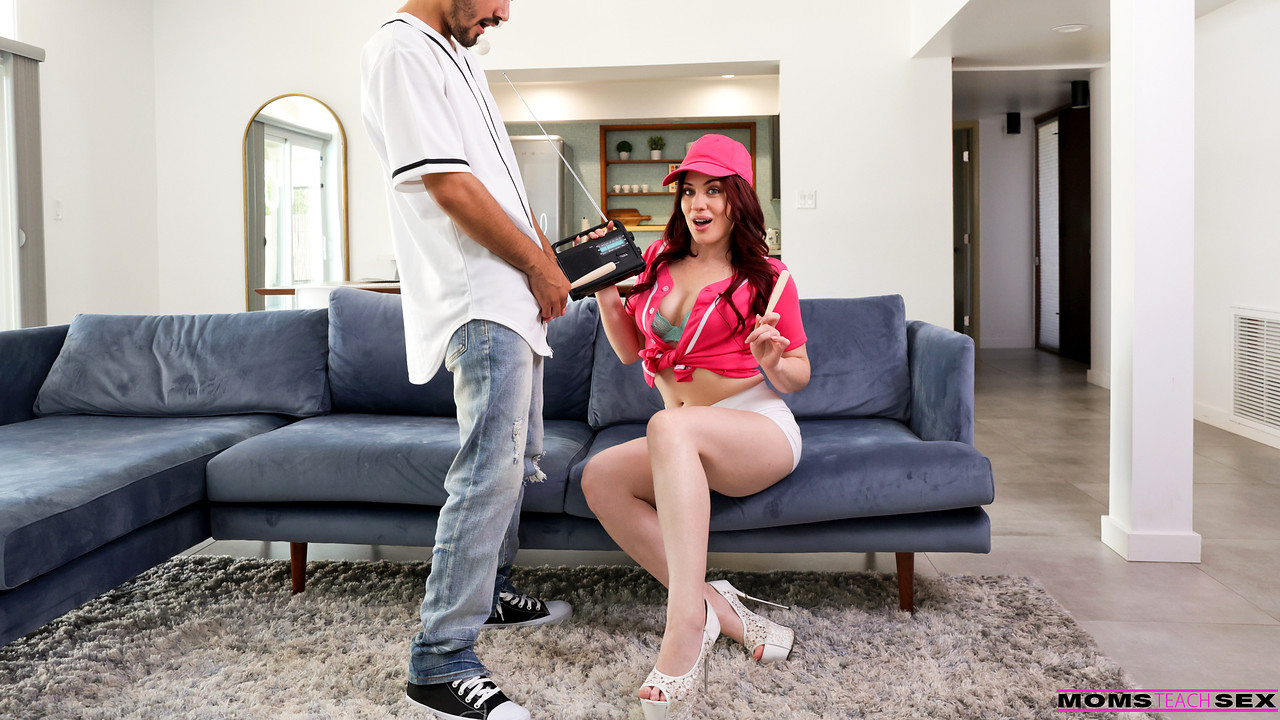 When Jay offers to rub her legs, Jessica calls out his boner. From there, it’s only a matter of moments before Jay has dropped to his knees and buried his face between his stepmommy’s thighs.
When Jessica doesn’t tell Jay no, he escalates further by getting to his feet and shoving that boner right into her greedy snatch. He of course takes the opportunity to fill his palms with Jessica’s bouncing big titties. Getting on her hands and knees, Jessica invites Jay back inside to fuck her in doggy. Then she rides that nice stiffie in reverse cowgirl as her big ass and huge boobs jiggle! Finally sated for the time being, Jessica gets on her knees and sucks and strokes Jay until he’s close. Then she gives him a titty fuck until he blasts off all over her sweater puppies.