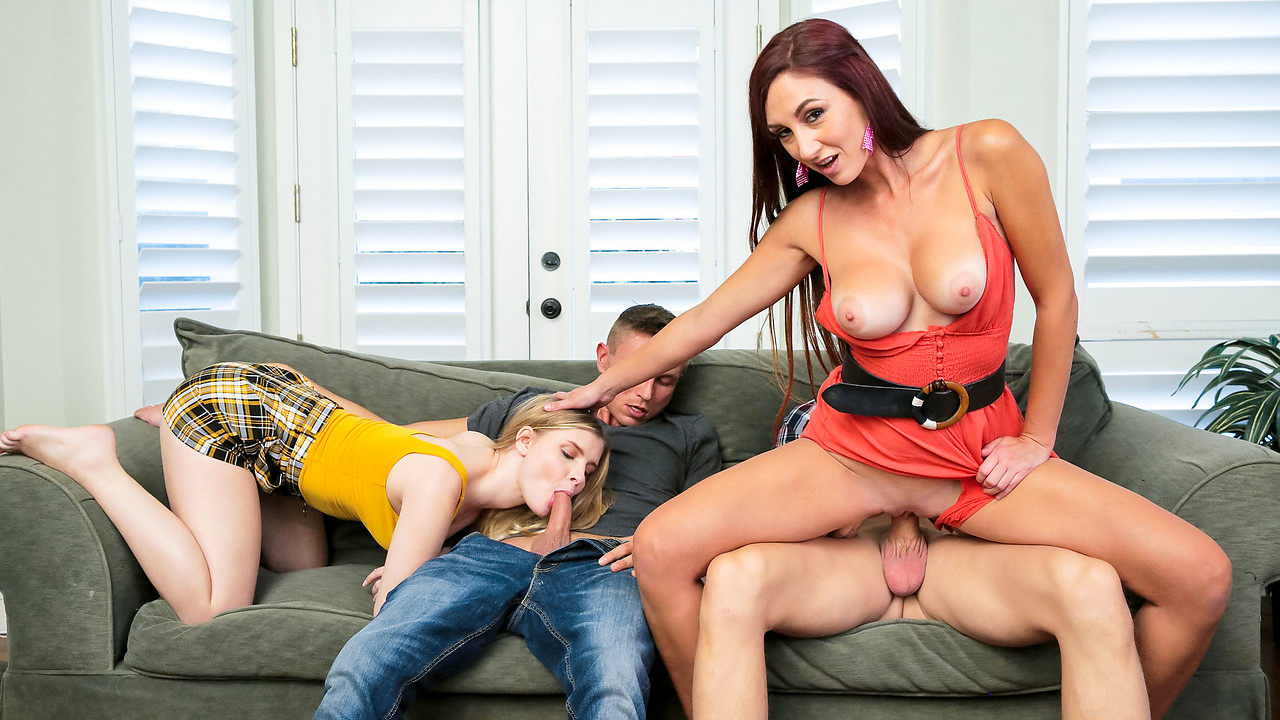 Family Swap
–
Ill Show You Mine If You Show Me Yours – S2:E6

What would happen if four families each contributed one member to create a new family? In this episode of Family Swap, swap siblings AJ and Harlow West are playing a little game of “I’ll show you mine if you show me yours.” Harlow has popped her tits out of her shirt and hiked her miniskirt up, and AJ has sunk his finger into her pussy when their swap parents, Sam Shock and Artemisia Love, walk in on them. The kids have just enough time to cover up, so while the parents have their suspicions they don’t know anything for certain. Instead of confronting Harlow and AJ, the adults tell them to clean up their mess and then leave.

Harlow does start cleaning up, but when AJ comes up behind her she can’t help the temptation to rub her twat against his hardon. That’s all the invitation AJ needs to slide on into Harlow to bang her in doggy. Artemisia and Sam do catch the kids in the act this time, but they’re not about to let AJ stop fucking Harlow because they’re embarrassed. Instead, the punishment is that AJ must keep fucking Harlow, which he does until he pops in her pussy for a creampie. Artemisia is a little taken aback, but the swap siblings think that’s the end of it. Little do they know that Sam and Artemisia have more in store. A few days later, the adults get busy on the couch right in front of the kids! By the time Sam is finger banging Artemisia and she is giving him a handie, the kids want to know what’s up. The adults claim that since they had to watch AJ and Harlow, the kids can watch the older folks fucking in return.